Crime of the Week

If you have any information about these crimes or any person(s) involved, you are urged to call Bluebonnet Area Crime Stoppers at 866-930-TIPS or submit a Web Tip .  You do not have to give your name.  CRIME STOPPERS will pay a cash reward of up to $1000.00 and you will remain anonymous. 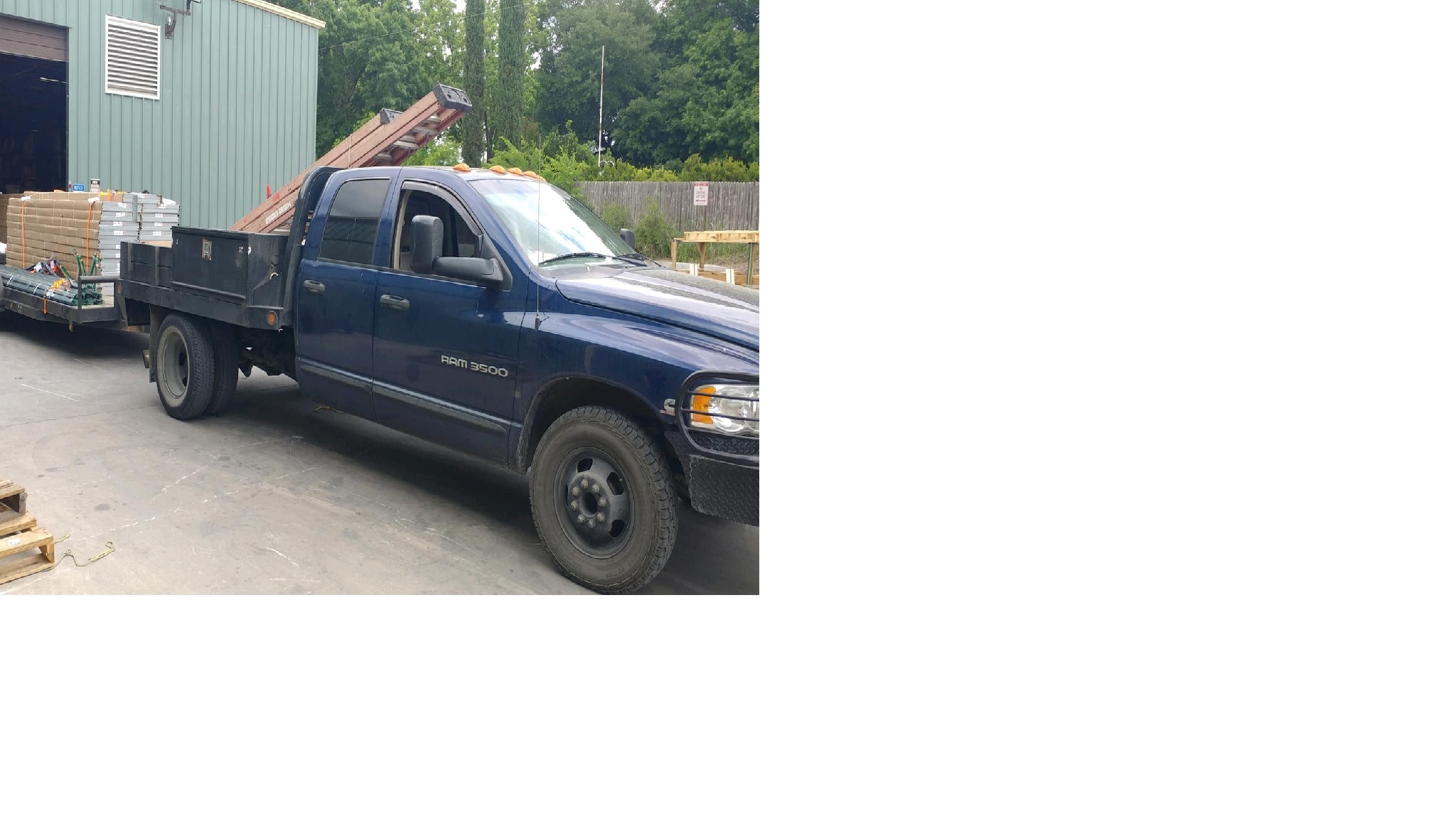 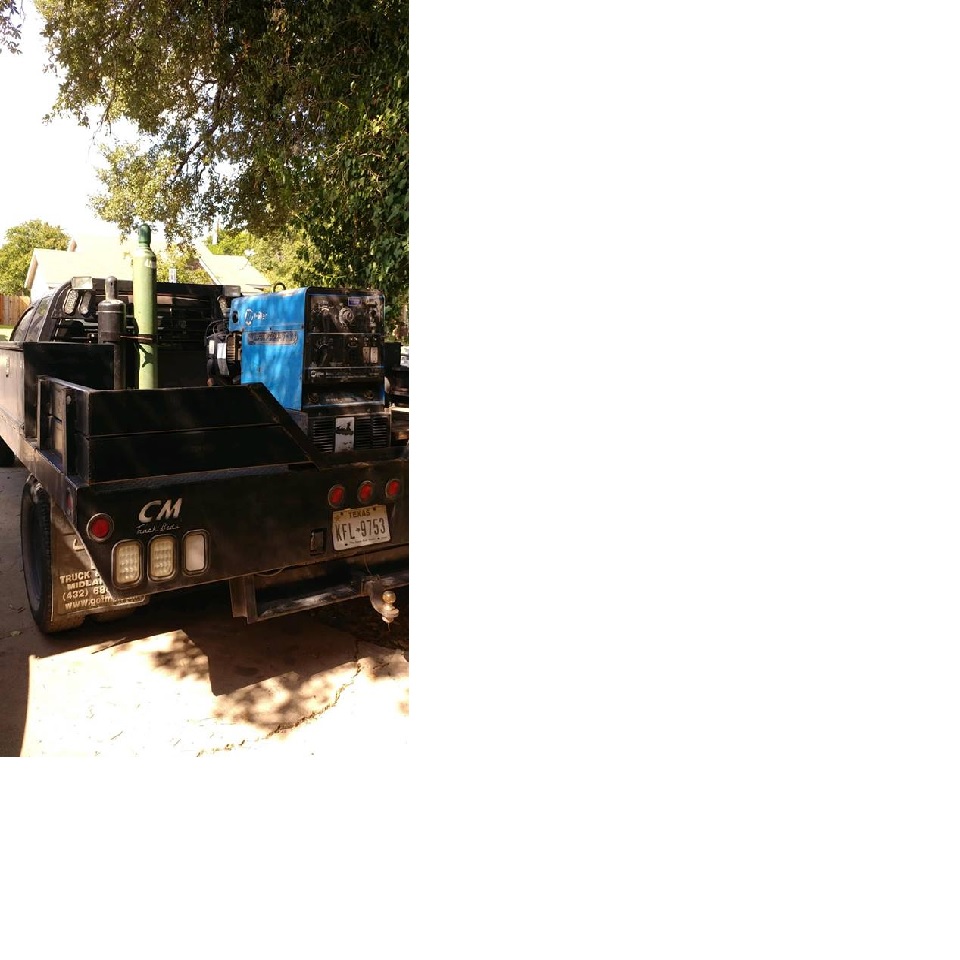 Leander police are looking for a suspect after they say the driver was involved in a fatal crash on Saturday and then drove off.

Leander police say they responded to a crash with injuries between a motorcycle and a pickup truck at the intersection of Palmera Ridge and Ronald Reagan Boulevard just before midnight. The intersection is in between Ranch Road 2243 and the San Gabriel River.

A witness told police the driver of the truck turned from Palmera Ridge into the path of the motorcycle, which was traveling south on Ronald Reagan.

The person riding the 2007 Harley Davidson, who is identified at Danny Roy Hankins, 34, was taken to the hospital where he later died.

A witness told police the driver stopped at the scene quickly but then left.

Police say the truck involved is described as a white or light-colored GMC or Chevrolet pickup truck with a toolbox in the back and a work rack that has a frame for carrying construction equipment. The truck should have damage on the back of it, the bumper and the tail lamp.

Anyone with information is encouraged to call Leander police at 512-528-2800.

According to aiuthorities, on the morning of 12/1/2017, just before 1:00 am, three armed subjects approached employees at the Sonic Drive Inn in Caldwell Texas and robbed them at gunpoint. The 3 subjects wore hooded sweatshirts & had their faces covered. Two of the subjects are believed to be males, while the gender of the 3rd subject is unknown. They left with an undisclosed amount of cash on foot in an unknown direction of travel. The subjects may reside in close proximity to the business..
Tipsters can remain anonmous by calling the 866-930-TIPS which is the Bluebonnet Area Crime Stoppers tip line.  Crime stoppers will pay UP TO $1,000 for information leading to the arrest and Grand jury indictment of the suspects involved.  A call can also be made to the Caldwell Police Dept at 979-567-4455 but a tip will not be paid unless it goes to Crime Stoppers first.

On October 9th, 2017 at approximately 2139 hours, City of Bastrop Police Officers arrived at the 1400 block of SH 95 (Fairview Cemetery) in responseto a motor vehicle accident. Several Bastrop Police officers arrived on scene with mutual aid received from Bastrop Fire Department and Acadian EMS.A preliminary investigation indicates an adult male identified as Benjamin Avelar age 23, of Bastrop, Texas was walking North Bound on SH 95 when he was struck by a vehicle. The vehicle did not stop and continued North on SH 95. Avelar was struck again by a second vehicle also traveling North on SH 95. This vehicle did not stop at the scene of the accident.Avelar was taken via ambulance to a local hospital with extensive injuries.He was further taken to Dell Seton Hospital in Austin where he succumbed to his injuries.This incident is currently an active investigation with the City of BastropPolice Department seeking the public’s help with any information reference the two vehicles that left the scene of the accident. Information can be submitted anonymously through Bluebonnet Area Crime Stoppers phone (866-930-TIPS) or via the internet at http://bluebonnet.crimestoppersweb.com Callers are eligible to receive a cash reward of UP TO $1,000.00 if the information given leads to an arrest or grand jury indictment of a Felony offender. Alternatively, you can contact the Bastrop Police Department’s Criminal Investigations Division at 512-332-8602

The suspect used a black semi-auto type pistol and forced the two clerks to the ground, he was able to get away with an undisclosed amount of cash. The suspect is described as a black male, slim, 5’8” late teens to early 20’s with no facial hair and pock marks on his cheeks, he was wearing a black baseball cap which possibly had his hair tucked under, a solid black “Varsity Style” hoodie jacket with leather sleeves with white drawstrings on the hood, blue jeans and black shoes.  The suspect had a roll of grey duct tape on his left wrist.  The suspect ran behind the store onto Union Chapel Road and appeared to have gotten into a White Chevrolet Avalanche or Cadillac Escalade EXT type of vehicle and traveled west onto SH 71.  If you have any information please refer to Bastrop County Sheriff’s Office Case # 17-S-00668. At 512-303-1080.

THIS CASE HAS BEEN CLEARED THANKS TO THE TIPS THAT CAME IN THRU CRIME STOPPERS.

THANK YOU TO THOSE WHO HELPED BY SENDING US YOUR TIPS. 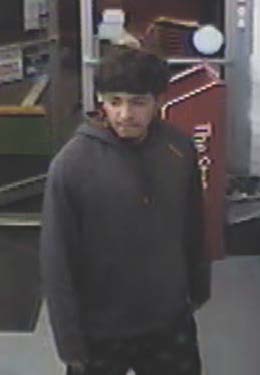 THIS CASE HAS BEEN CLEARED THANKS TO THE ALERT PEOPLE WHO SENT TIPS THRU CRIME STOPPERS.

A BIG THANK YOU TO THOSE WHO SENT THE TIPS IN. 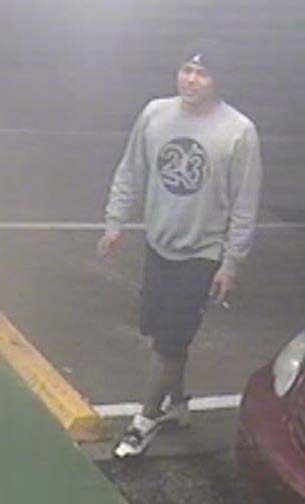 Jessica Marie Brown was working her second job delivering newspapers in SE Travis County, close to the Bastrop County Line on June 9,2016 around 2:30 AM when she was shot repeatedly and lost her life.

Due to the donations from private donors Crime Stoppers is offering a reward of $4500.00 for help in solving this brutal and senseless murder.

She was only 32 years of age and -a single mother of 2 children.

Help us put this person/persons behind bars for what they have done. 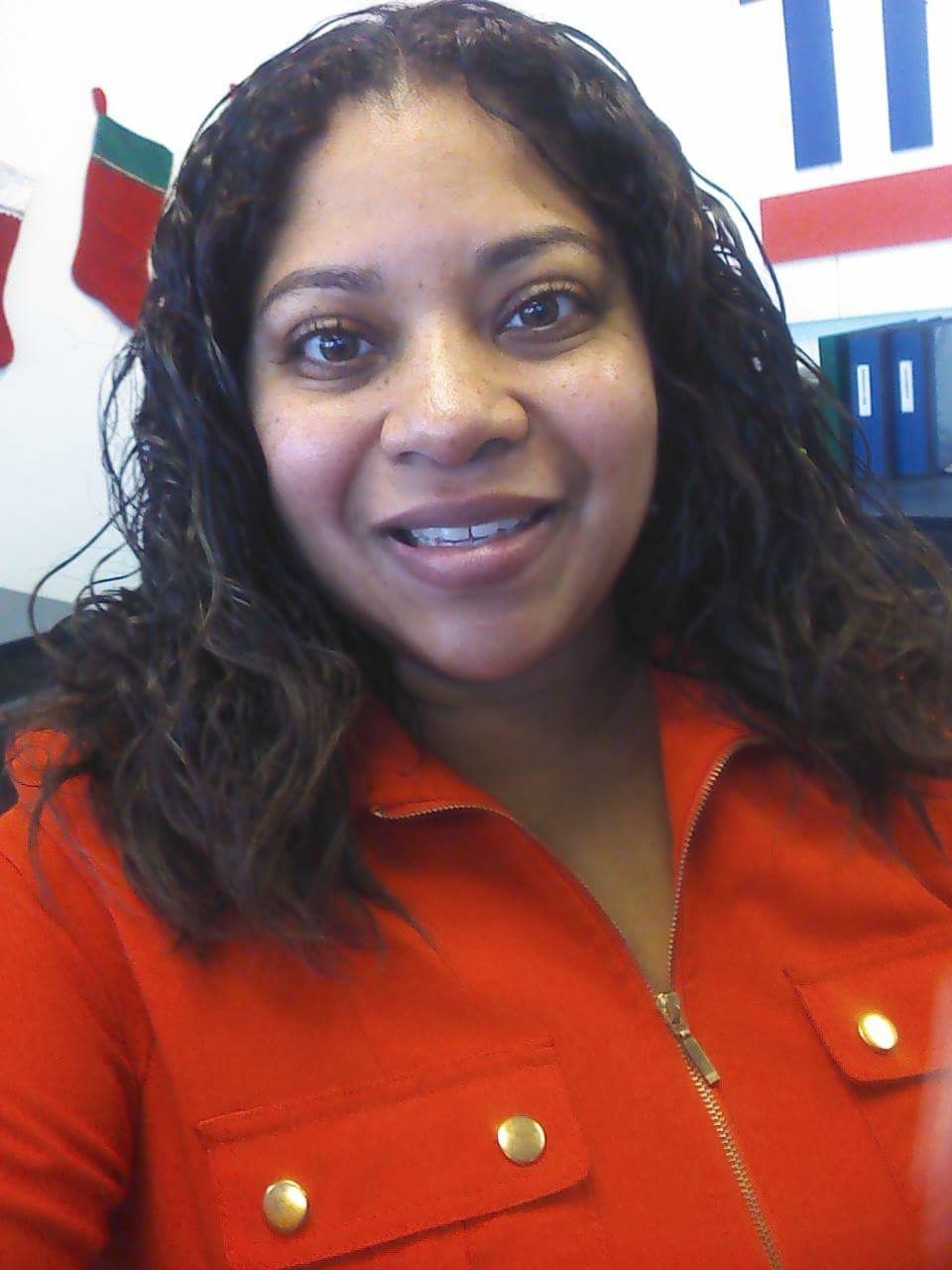 The Bastrop Police Department needs your help in identifying suspect(s) involved in a home invasion. On August 26th, 2016, a home invasion occurred in the city limits of Bastrop Texas. The suspect(s) entered the home and took items from the home. If you have any information regarding the identity of the suspect(s), please contact Bluebonnet Area Crime Stoppers at 866-930-TIPS.  All calls remain anonymous and could get you a cash reward.

The Bastrop Police Department needs your help in identifying a robbery suspect. On September 2nd, 2016, a robbery occurred at the Bastrop Chicken Express. The suspect robbed a manager and made off with an undisclosed amount of money. If you have any information regarding the identity of the suspects, please contact us at 866-930-TIPS.  All calls remain anonymous and could get you a cash reward if the suspect is arrested.

This is the truck involved, the picture is from the Buc-ees surveillance camera of the intersection of 71/95.  Vehicle was traveling west towards Austin. 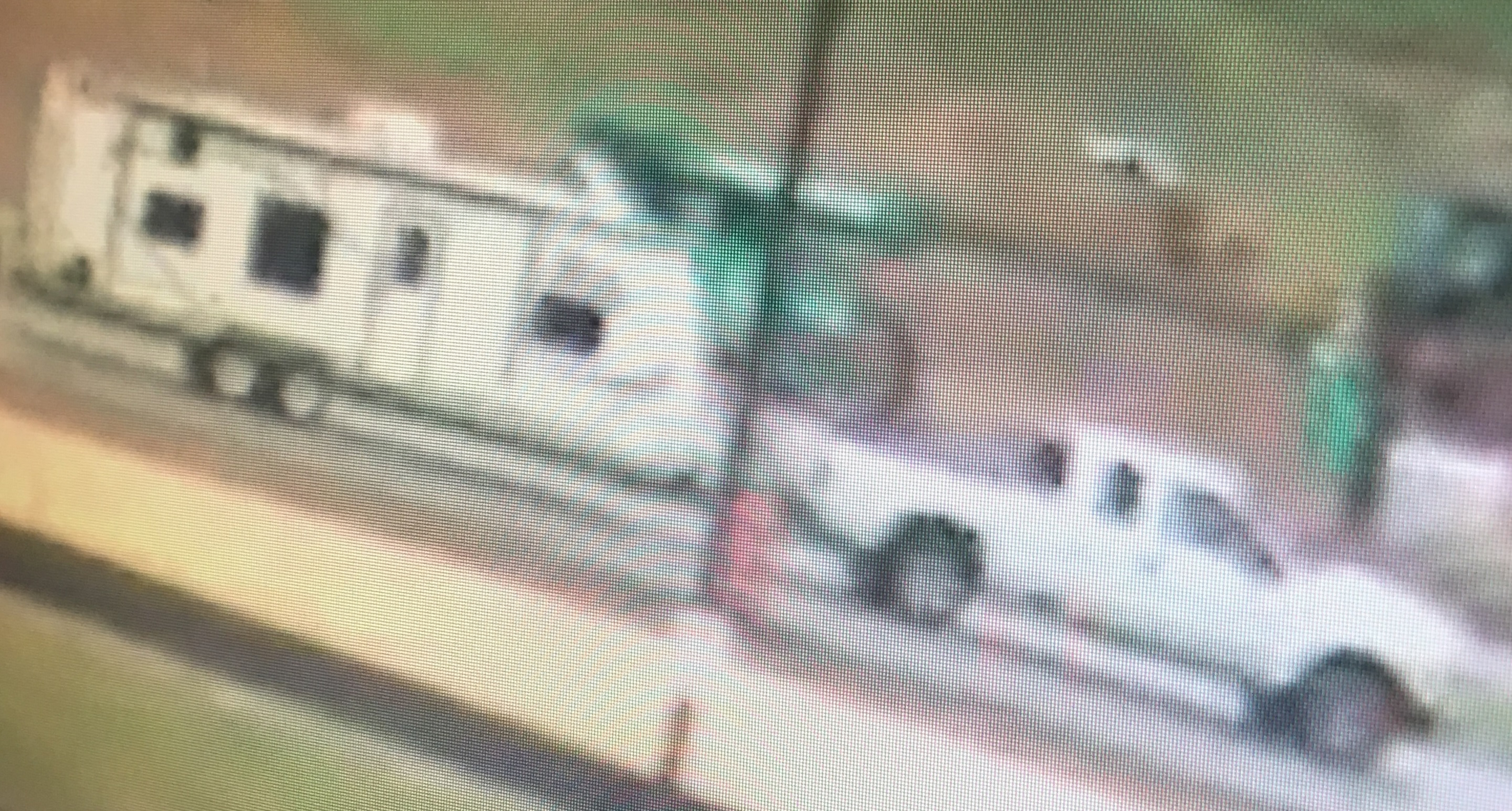 The Bastrop County Sheriff’s Office needs your help in locating a stolen white 2015 Jayco SLX264 26’ Travel Trailer TXLP #B08-0324 and person’s responsible for taking it. The vehicle was stolen from the 300 Blk. Of Lamaloa Lane on 08/29/2016 and last seen at the intersection of Tahitian and SH 71 East being pulled by a white in color truck please contact Bluebonnet Area Crime Stoppers, online at www.Bluebonnet.CrimeStoppersWeb.com or call 1-866-930-8477. If your information leads to an arrest you could be eligible for a cash reward.   Reference Bastrop County Sheriff`s Office case #16-S-05177. 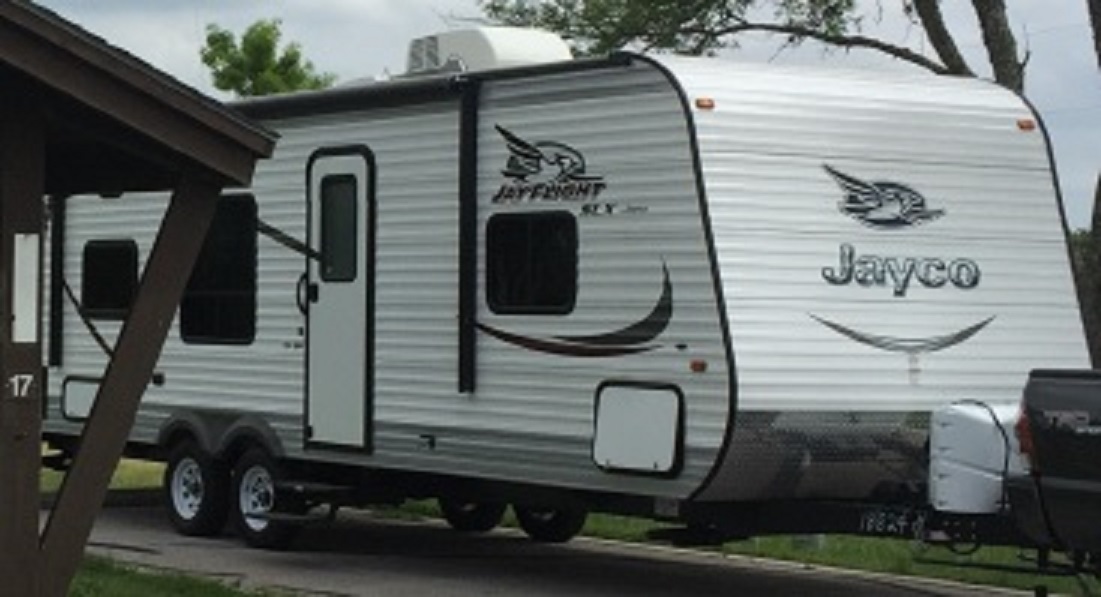 was stolen from a gas station in the 100 block of State Highways 304.

and tires, factory tint and a chrome bull bar on the front end. Vehicle has no

damage and has a CarMax decal on the tailgate.

License plate is GMX9335. Vehicle is entered into TCIC.

. The family ran off a late model burgundy colored pickup truck without plates. If anyone has any info please contact the Bastrop County Sheriff Department at 512-303-1080

Sometime on Monday Oct. 7th, 2015 between the hours of 9:00 pm and 11:30 pm, a suspicious fire took place in the show room of the same business and same location.

If you have any information about these two suspicious fires or any other felony crimes, call us twenty-four hours a day at 866-930-TIPS (8477).

You never have to give your name and if your information leads to the arrest and indictment of the criminal, your tip COULD earn up to $1000.

Crime Stoppers, citizens, police and the media working together to make our community a safer place to live. Together, we can make a difference.

Police investigating a string of burglaries in Bastrop.   Unknown individuals broke into several downtown businesses & other businesses throughout Bastrop.  If you have any suspect information, please contact Bastrop Police Dept., Criminal Investigations Division 512-332-8602.

Sculptures have been placed in areas throughout the City as a project undertaken by a civic group working with the City of Bastrop for the beautification of the downtown area.  On Sunday March 22, 2015 at approximately 9:50am a report of vandalism was reported to the Bastrop Police Department.  Two of the sculptures had been placed on the Loop 150 bridge one at the East end and one at the West end.  Both of these sculptures were intentionally damaged probably in the night time of Saturday 21st and or early Sunday of the 22nd.

If you have any information on this vandalism please contact

On October 28th, 2014 there was a suspicious fire started inside the Bastrop H-E-B store. The Bastrop Police Department is working the case as arson. H-E-B and Bluebonnet Area Crime Stoppers is offering a $10,000 reward for information that leads to the arrest of the person or persons who are responsible for setting this fire. If you have any information about this or any other case you can contact the Bluebonnet Area Crime Stoppers at 1-866-930-TIPS (8477) or our web site

www.bluebonnet.crimestoppersweb.com. With Crime Stoppers your information is always anonymous.

Media interviews with Bluebonnet Area Crime Stoppers and an H-E-B representative will be available upon request at the Bastrop H-E-B location on Thursday November 20th from 11am to noon. Please call Leti Mendoza at 512.659.2271 with H-E-B to confirm your interest in an interview.